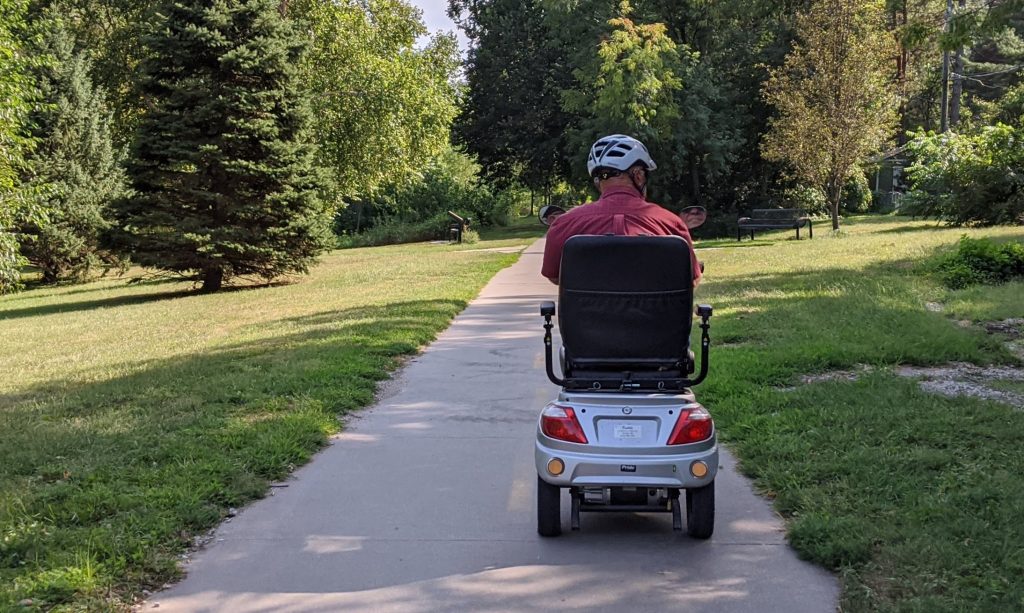 Are you kidding me!?!?!?! Look at that smirk on his face in the mirror! Not loving being passed by the man, I drafted him for a couple of miles before his battery slowed him down and he (very kindly) allowed me to pass him. 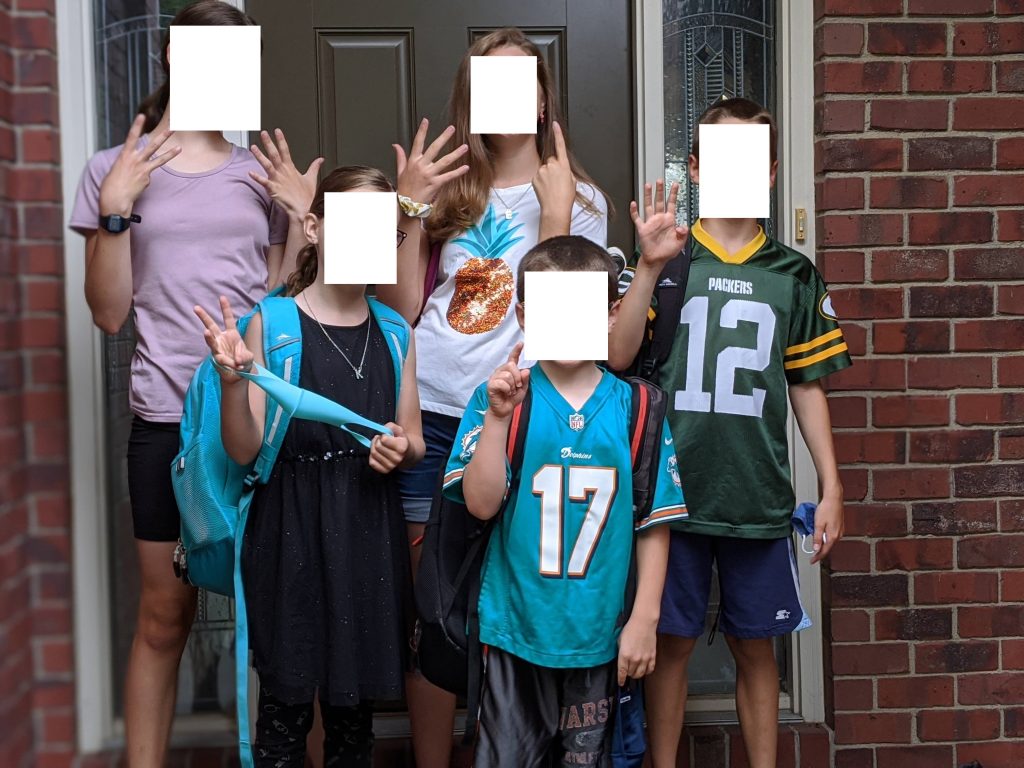 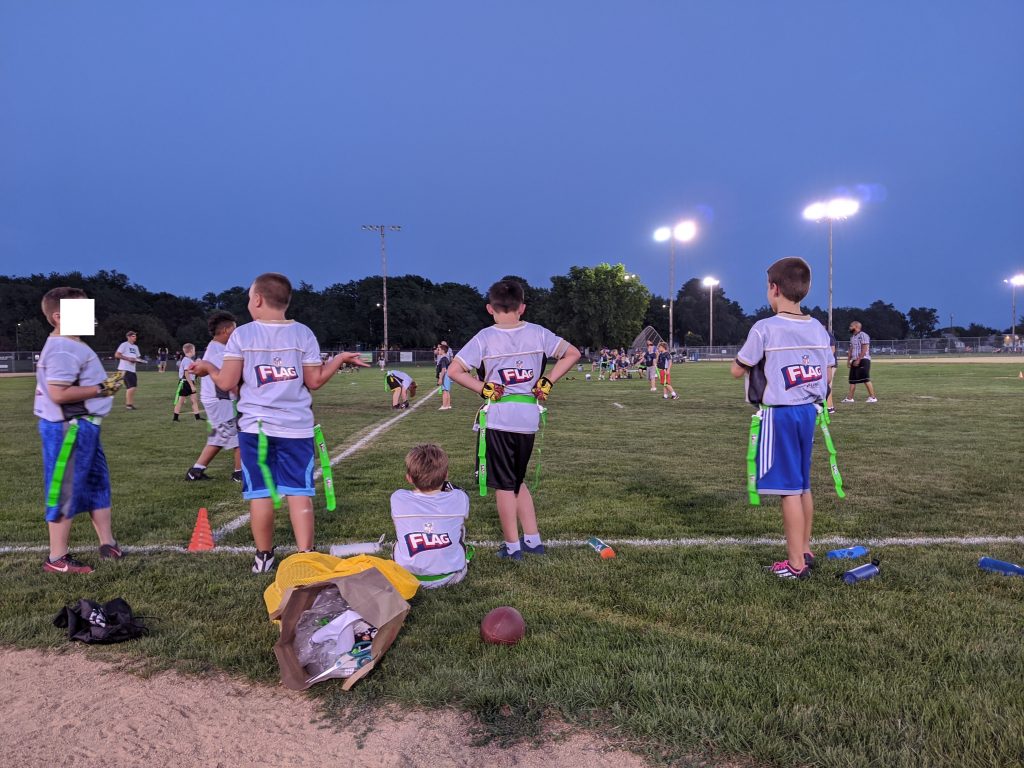 FC3 with the pink cleats on the right. His team practiced social distancing to perfection while playing defense, never coming within 6 feet of the ball carrier en route to their 77-7 loss. Dr Fauci would have been proud of his team!!!

FC5 is the happiest kid on the planet with his first organized sports experience.

Socially distanced birthday party. Playing JackBox games, which are always a huge hit (link). Each player interacts with the game on their own device. They used the TV pre-dusk and projector post-dusk. We’ve really enjoyed the 120″ spandex projector screen, which we use a few times a year (link). Setup of the screen takes only a minute because the mounting hooks are permanently attached to the garage.